Free delivery on all orders over £30.

Are you ready to trade smoke for vapor?

“Vaping” is the most commonly used term for the act of utilising an electronic device to produce vapor that the user then inhales.

Vape devices – called e-cigs, mods, or boxes, depending on the style and size are comprised of a battery, heating element, wicking material, and usually a tank that holds the liquid to be vaped. The liquid, often containing a percentage of nicotine, is usually referred to as “e-liquid” or “e-juice.” When the liquid is absorbed by the wicking device, which is wrapped in or around a heating coil, and the power is activated, vapor is produced.

A brief history of vaping

In April of 1963, a man named Herbert Gilbert filed a patent for what he called a “Smokeless, non-tobacco cigarette.” 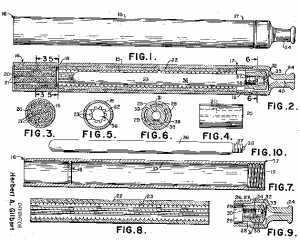 The rudimentary device was comprised of a battery, heating element, and a narrow tube that replicated the look and feel of a real cigarette. This patent, which would expire before Gilbert managed to create a commercial version of the device, is the first known example of an e-cig.

At the time, and for decades afterward, the technology to build a usable, reliable electronic cigarette simply wasn’t available, and if it was, it was still too bulky and expensive to be widely adopted or sold. 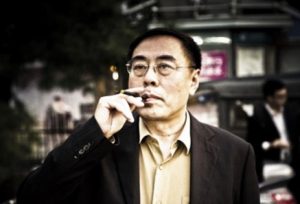 That all changed in 2003 when a Chinese pharmacist and inventor named Hon Lik patented a small, sleek electronic cigarette that utilized ultrasound to create vapor from liquid. Lik’s device was different in function than most e-cigarettes today, but his invention helped renew interest in vaping as an alternative to smoking.

A few years later, new devices, which traded the ultrasound technology of Lik’s e-cig patent for a small heating element that is powered by the built-in battery, gained notoriety for their ease of use and convenience. By the time these new devices hit the scene, the technology to create small, cigarette-sized e-cigs was widely available and easily replicated, offering both disposable and rechargeable versions and many vaping start- ups have attempted to muscle in on the industry. But for all their convenience, these tiny devices lacked something that many smokers seemed to crave: strength. 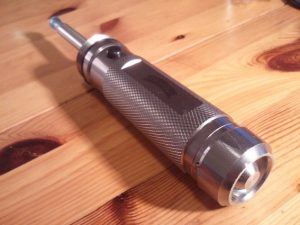 Intrepid DIYers began devising ways to build their own vaping devices, creating their own e-liquids, or buying it from one of the dozens of small e-juice crafters across the country, and pushing more and more power into the heating coils that produced the vapor. Often utilising the case and circuitry of handheld flashlights as their starting point, these modified devices, called “mods” for short, became more and more popular among vapers.

There are currently four main types of e-cigarettes: disposables, pen-style mods, box-style mods, and mechanical mods. In the case of mods, the main unit that contains the battery and the power button requires a tank, atomizer, and other components to be added, but we will save that for another day.

Leave a reply Click here to cancel the reply

Northvape announces the launch of its own brand premium range of shortfill liquids.

North Vape sells products that contain nicotine. These products are only for sale to persons aged over 18. We operate an age verification process on checkout. Click ENTER only if you are 18 or over.